Hey guys, Juan from Team Sketch2React here. I started experimenting with Lunacy 8 when the first beta was released for Mac. Since I run a very small software company that reads .Sketch files and translates them into code, of course I was thrilled.

We released a new app called Marcode a couple of months ago, and it’s main focus is going from .sketch file out to iOS, Android and Web app. Basically you use our simple markup on layers and groups in Lunacy and our app “sees” and converts.

We then use something called Capacitor.js from Ionic, to go from our exported HTML (that contains all the relevant files, CSS, JS etc, neatly packed) out to Xcode and Android Studio projects.

At the moment Marcode is Mac-only, but we have managed to build a successful POC version for Windows. I’m just posting this to take the temperature out here, seeing what OS people using Lunacy 8 prefer, uses most.

Anyway, I love Lunacy, and here’s a couple of demo apps I’ve built for iOS using only markup.

Totally worth mentioning is that we’re about to release a very exciting update that adds a component called {embed-fluid} which enables you to add any content that has an embed code.

The next update of Marcode app will blow your 🧦off, Sketch2React Blog

You know, I’ll just show you first, then talk later.

Nice to hear from you again, Juan! Your Marcode app is awesome, good job

By the way, thanks for all the mentions on Twitter – we really appreciate it

Thanks @Alexey makes me very happy to hear, and you know, I’ll gladly push anything that I really enjoy using.

Our goal with Marcode is to move designers closer to code, without the need to actually know code. But without forcing you to step outside of the place you enjoy most, like designing in Lunacy.

The real challenge, I think for many designers, comes after. Even if everything is build-ready, you still need to overcome your fear for typing in a few installation commands in e.g. Visual Studio Code, or just not being afraid of Xcode, and the few little things you actually need to learn to send your app to the App Store.

That’s where I come in

Great news guys, we now have a working version of Marcode app for Windows machines 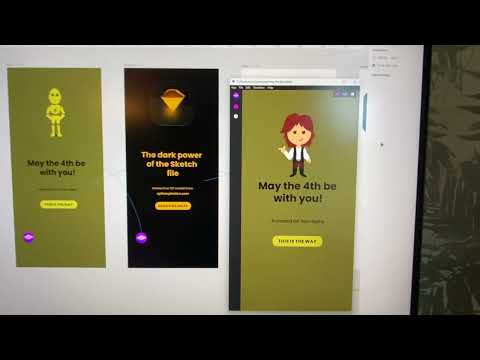